China's Economic Outlook and its Impacts on the world


Besides the plunging crude oil price since mid-2014, the slowing Chinese economy would be a main reason why the International Monetary Fund (IMF) has continued to downward adjust its global economic growth forecast for the past one year.[1] Emerging market and developing economies have constantly outperformed advanced economies in terms of GDP growth. Among all emerging market and developing economies, China has had higher growth during the period of its 11th and 12th five year plans providing strong momentum to the emerging and developing Asia. With its tremendous economic size, all eyes have been on China and its business potential. However, the most recent global financial crisis caused certain serious and negative impacts on China’s economic structure.


The consequences resulted from the crisis have dragged down China’s growth to a certain extent. It seems that China is now striving to avoid a hard landing, while a likely soft landing is often stressed by the market as inevitable. As a result, the emphasis must be on the implications for the global economy, as the growth rates between the world and China are becoming more correlated. Nevertheless, the impacts on global economy can be mitigated if the Chinese economy is able to fulfill its goals of the 13th five-year plan.


The most recent global financial crisis occurred in 2008-2009 during the period when China underwent the process of its 11th five-year plan. Many believed that the financial crisis caused a paradigm shift in China forcing the country to kick off a much needed structural reform. The reform in response would take place in the following five-year plans.[2] 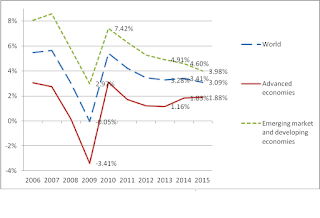 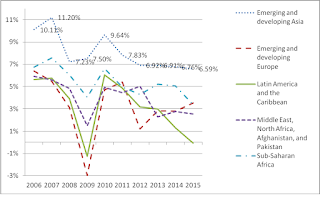 
Figure 3. Economic Size of China vs. Emerging and Developing Asia[1] 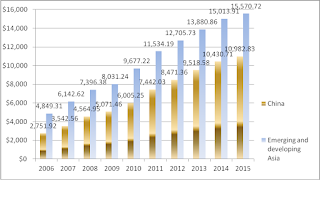 
By comparing nominal GDP, the US, Japan, and Germany were all bigger than the Chinese economy in 2006. However, China surpassed Germany in 2007 and Japan in 2009 becoming the second largest economy with its strong pace of economic growth. Since the year of 2014, China’s nominal GDP has grown to be more than double of Japan’s economic size. It can be concluded that during the period of China’s 11th and 12th five-year plans, China’s economic performance had been remarkable turning the global spotlight on the country. 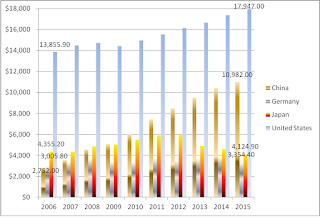 
During the period of two five-year plan, the Chinese economic growth had relied heavily on the external demands. The annual nominal exports of China stood at US$ 1,333.35 billion beating Germany’s US$ US$ 1,292.58 billion and becoming the second largest exporting country in 2009. In 2013, China’s annual exports were accounted as US$ 2,355.08 billion surpassing the total exports of US amounting at US$ 2,263.65 billion. China has become the largest exporting country in the world since then. In 2010, China’s annual imports were accounted as US$ 1,380.92 billion beating Germany’s US$ 1,263.54 billion and becoming the world’s second largest importing country only next to the US since then. 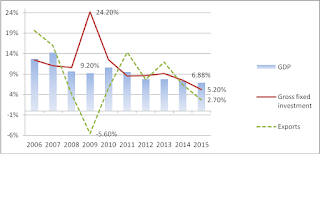 
The Global Financial Crisis and Consequences


Despite the significance of China’s economic performance in the global arena during the period of its 11th and 12th five-year plans, China like all other countries is hardly immune from the most recent global financial crisis. The weakened global demand caused by the crisis had impacted on China’s exports in 2008-2009. For example: China’s growth rate in exports was negative 5.6% in 2009. In response, China issued a US$ 586 billion stimulus package and pushed up the growth rate of gross fixed investment to 24.2% in 2009. The stimulus package has been criticized for not only causing a severe surge in Chinese debt among local governments and state owned enterprises (SOE) but also serious overcapacity ever since. 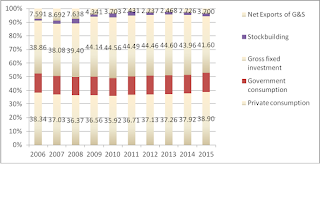 
The averaged ratio of private consumption over GDP was 36.84% from 2006 to 2010, and the averaged ratio stood at 37.58% from 2011 to 2015. Furthermore, the ratio on average of gross fixed investment over GDP was 41.01% from 2006 to 2010, whereas the ratio stood at 43.82% from 2011 to 2015. The readings actually mean that China’s 11th and 12th five-year plans were not very successful in promoting private consumption and reducing over investment despite the fact that China’s economic performance was in general outstanding by the year of 2012. China’s GDP grew by 7.7% in 2012, the lowest rate since 1999. As the European sovereign debt crisis happened in 2012, and the European Union (EU) was China’s top exports destination; weakened demands in EU caused negative impacts on China’s growth. In 2015, the Chinese annual GDP only grew by 6.88% that is the lowest growth rate so far since 1990.


Beijing top officials gathered in a four-day Central Economic Work Conference in December 2015 to confirm the goals of 13th five-year plan and concluded that the needed measure would be “supply-side structural reform”.[1] In contrast to the demand-side including consumption, investment, and exports, the supply-side is about coordinating labor, land, capital, and innovation in a more efficient fashion. Beijing identified 5 major tasks: a) cut excessive industrial capacity, b) destocking, c) deleveraging, d) lower corporate costs, and e) improve weak links.


Besides developing industries towards high-end outputs, modernizing the agricultural sector, advancing manufacturing industries, and exploring strategic emerging industries, the 13th five-year plan specifies specific goals: a) annual GDP growth rate of over 6.5% on average and b) service sector accounting for 56% of GDP. 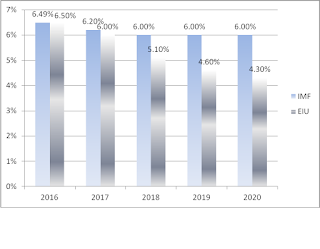 
Beijing’s 12th National People’s Congress adopted the outline of the 13th five year plan and stressed its goals in March 2016. However, GDP growth forecasts conducted by major international agencies, IMF and EIU, in April 2016 showed that China could only fulfill its goal for economic growth for 2016. China’s future economic growth can only reach on average 6.138 according to the IMF forecast and 5.3% as said by the EIU. 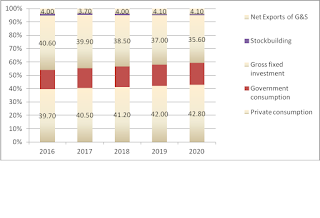 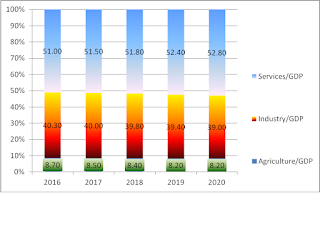 
However, the EIU forecast predicts that China will not be able to expand its service sector as planned in its 13th five-year plan. EIU trusts that China’s service sector will account at most as 52.8% of GDP in 2020, lower than the target ratio of 56%. Despite international agencies have no faith in China to fulfill its goals, the size of Chinese economy will remain significant and is still likely to cause the global economy to slow down as well.


The Chinese economic performance was overall good during the period of its 11th and 12th five-year plans. Since the year of 2012, the Chinese economy has started to slow down due to diminishing global demands. The slowing process is expected to continue by referring to the forecasts conducted by international agencies. Although China set specific goals for its 13th five-year plan, international agencies consider that the goals can hardly be fulfilled.


The implication is that China may grow much slower in the future and that will also slow down the recovery of the world. Nevertheless, the Beijing government seems confident in fulfilling its economic goals. That actually means that the potential impacts on the world can be mitigated if the Chinese economy is able to fulfill its targets of 13th five-year plan.
(Dr. Darson Chiu is the Director General of CTPECC.)